Drinking any amount of alcohol while pregnant is like playing Russian roulette with another's life and some people are not aware of the risks, says a Tasmanian health educator.

Adelle Rist has seen the impact that brain damage caused by alcohol can have on the lives of babies and children, their carers and the adults who live with the lifelong condition Foetal Alcohol Spectrum Disorder.

She works for FASD Tasmania and is also working to upskill paediatricians, clinical psychologists, speech therapists and foster carers around the state to raise awareness about the acquired brain impairment.

"There is a real misconception within the community that you need to drink large amounts of alcohol for your baby to get FASD but through good research and data, we now know that this is not the case. There is no safe amount of alcohol and no safe time across pregnancy to drink," she said.

"A lot of women think an occasional glass of wine or champagne is okay but it may not be for some women. There is also a belief that it is a low socio-economic issue, or one related to indigenous populations, but it's just not the case.

"Wherever there is alcohol there is FASD. It does not discriminate. If you consume alcohol your baby may be affected."

Scientists have not yet discovered why some women who drink alcohol during pregnancy have children affected with FASD while others who do not.

Some research now suggests that the father's alcohol consumption before or at conception can also influence birth weight and result in cognitive impairments. 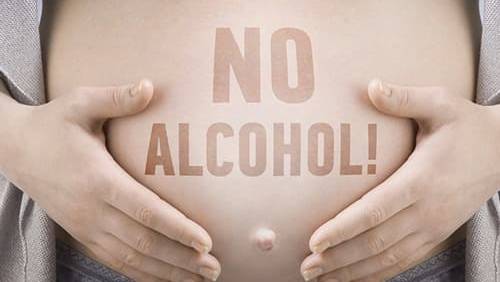 Mrs Rist explained that it is not just women who should not drink, but also men if they want to produce healthy sperm.

"We now talk about sperm and egg health. If you are going to plan a pregnancy you need to look after yourself prior to conception, either limiting alcohol or no alcohol," she said.

However, as with most things it is not always so clear cut.

Mrs Rist said she has never met a woman who would intentionally harm her baby but alcohol or substance dependence meant that some women could not just stop.

There is also the issue of unplanned pregnancies.

"So many women of reproducing age are not planning for pregnancy and they continue having a social life which, for many, will include drinking. We know that binge drinking leads to FASD in a lot of pregnancies.

"Once the pregnancy has been confirmed she will stop drinking however the damage has already happened."

When Burnie mother Tracy Lee, 52, was unknowingly pregnant with her second child Patrick, she was partying hard and drinking alcohol on most weekends.

Her only daughter had moved out of home and the then 44-year-old was re-living her younger years.

"I was having a bit of fun, going out with my friends and binge drinking most weekends," Ms Lee said. Left: FASD Tasmania consultant Adelle Rist with Patrick, 8, and his mother Tracy Lee. Top left: Adelle Rist looks over Patrick's recent diagnosis papers with Tracy Lee. Bottom left: Warnings on alcohol to prevent pregnant women from drinking are currently optional where the alcohol industry chooses whether to include warnings. Some believe they should be mandatory.

It was six months before she learnt about the surprise conception during a routine trip to the doctor.

"I just had no idea," Ms Lee said. "My daughter was planned so I didn't drink when I was pregnant with her but with Patrick, I was drinking right up until I found out.

"I immediately asked the doctor, will this have an impact on my baby?"

As suspected rates of FASD increase in Australia and overseas questions are being raised about whether the community knows enough about FASD, which is described as an invisible disability.

It is under-reported and often undiagnosed or even misdiagnosed, confused with autism or attention deficit hyperactivity disorder.

I cannot understand why FASD isn't a public health issue and why we don't have a national prevention campaign.

Health professionals may not know how to diagnose or where to refer for help, do not routinely ask pregnant women about their alcohol consumption, and do not want to stigmatise the mother or child by a diagnosis.

It is also known that early intervention is key, where if the right support and therapy are offered, children living with FASD can be treated and live productive lives.

She said alcohol affects the growing foetus on a cellular level, where the brain, as well as the organs, muscle and skeletal development, can all be impacted.

"There seems to be a causal pattern where we look at how much alcohol is consumed by the mother and at what point of gestation."

If a mother drinks alcohol around 19 days after conception, which is when the face is developing, the baby may develop FASD facial features of smaller heads and eye openings.

Given the pervasive existence of alcohol in society, Dr Russell said she is surprised that FASD has not attracted more national attention.

"I cannot understand why FASD isn't a public health issue and why we don't have a national prevention campaign."

Ms Lee said she always felt as though there was something different about Patrick. 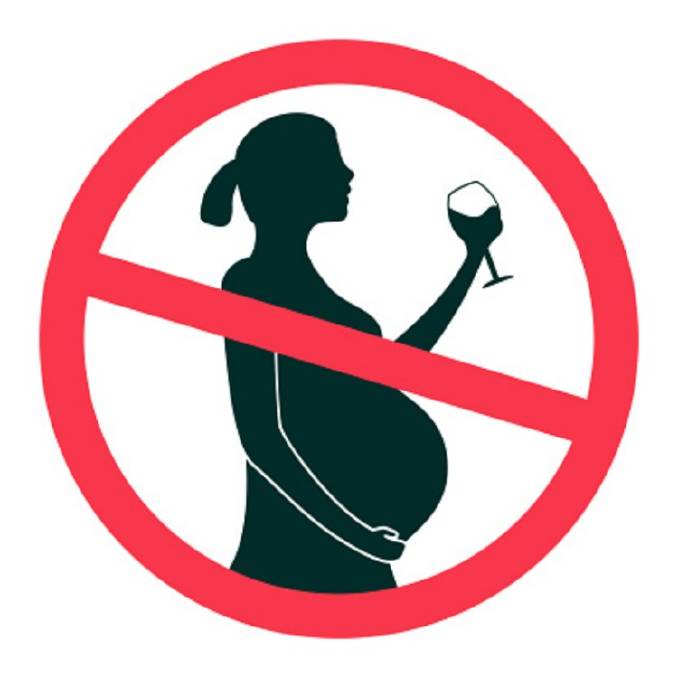 When he was three she had him assessed by doctors and was told nothing was wrong.

It took eight years for Patrick to be diagnosed with FASD.

"It was a relief to know that my instincts were right and at the same time it was heartbreaking, that due to my alcohol consumption this happened to my son," Ms Lee said.

"If you meet Patrick for the first time FASD is not noticeable [but] even though he is eight he is very child-like. He is emotionally sensitive, gets very angry very quickly, has an extreme fear of the dark... and he has sensory issues where if he gets a little scratch and sees a little bit of blood he loses it."

His diagnosis states that he has obsessions, difficulties with gross and fine motor skills and speech pronunciation, learning difficulties, and he struggles with anxiety.

Other FASD sufferers report memory issues, where on Monday they learn how to cook toast but on Tuesday they cannot remember.

Dr Russell sees that this must bring enormous frustration.

"They have a normal IQ so imagine what it is like living with normal intelligence when you know your brain is not working properly?

"These kids will have learning problems and if they don't remember what they should to do next, or what they learned yesterday they get labelled as lazy, defiant, difficult... These are our adults who have complex needs, who are heavy service users, battling justice, employability and homelessness issues."

Ms Lee will ignore the possible social stigma she may receive.

"Blow the stigma. If people want to say 'it was your fault' I don't care as it's not about me it's about the bigger picture.

"It is about saving other children from going through the same things Patrick is experiencing. It is about parents being treated fairly so they can get the right help for their kids. If you're too afraid to speak up then your child misses out."

This story Just one alcoholic drink can harm your baby, warns expert first appeared on The Examiner.