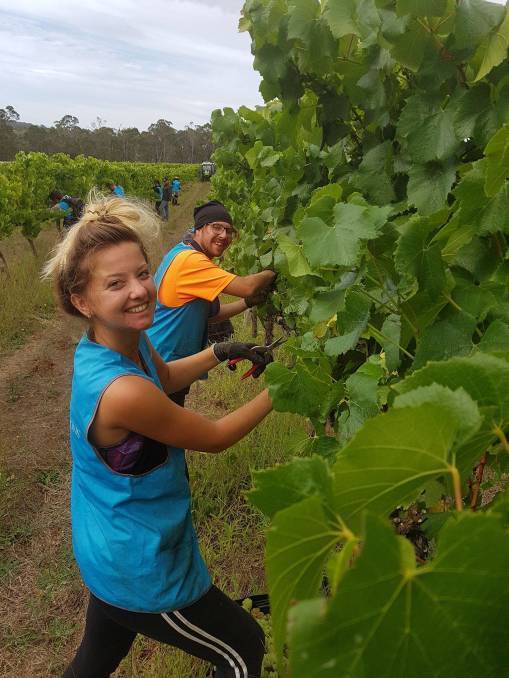 With a rental housing crisis unfolding in the region the State Government's Work and Wander out Yonder campaign has failed to address housing needs for young people who are being encouraged to live and work in the South West.

On September 9, 2020 the Mail reported that the South West was experiencing an increase in demand for housing which was putting pressure on rental availability.

At the time of publication, there was just one property advertised online for rent in Margaret River, at a weekly rate of $450.

Just one townhouse was available in Dunsborough, with a bond of $14,000 and a weekly rent price revealed on application. Just seven homes were advertised in the Busselton area.

Regional Development and Agriculture and Food Minister Alannah MacTiernan did not respond to questions last week about where young people would live in time for publication.

She later issued a statement with Premier Mark McGowan outlining incentives for young people to move to regional WA.

As part of the scheme the state government will invest $3 million to attract Western Australians to agricultural jobs across the regions including this area.

A Primary Industries Workers Regional Travel and Accommodation Support Scheme has been established to assist agriculture, fisheries and food processing businesses in regional areas experiencing labour shortages as a result of the COVID-19 pandemic.

Under the scheme, eligible workers who move to the regions will be able to claim up to $40 a night in accommodation rebates for up to 12 weeks - up to a maximum total rebate of $3,360.

A $150 travel allowance will also be made available to those relocating more than 100 kilometres from their usual place of residence to the Peel, South West, Wheatbelt, Mid-West or Goldfields-Esperance.

Those traveling to the Gascoyne or Pilbara can claim $350 or $500 if they are travelling to the Kimberley.

If there are no rentals available where will people live?

With little to no rentals available in the region Wander Out Yonder workers could be sharing backpacker dorms during their stay in regional WA.

The cost of living at backpackers in the region varies from self contained units priced between $140 to $160 a night compared to shared dorm rooms priced from $32 to $40 a night.

Dunsborough Inn Backpackers owner Pat Baker said she welcomed any rebate that would incentivise young people to live and work in the region.

With the usual influx of international backpackers unable to travel to Western Australia during the COVID-19 pandemic Ms Baker said they had plenty of vacancies to accommodate young people who were in the region to work.

"We could do with more accommodation and if an incentive helps to bring people down I guess it is quite a good idea," she said.

"I suppose most of the people that would come down would be backpackers, with no one coming from overseas our backpackers is pretty quiet."

Busselton Backpackers manager Geoff Cambridge was concerned about the attitude of people who would be travelling here to work saying often young Australians were their most troublesome guests.

"We do not get a lot of Australians staying here, we are basically geared for backpackers and the only ones we have at this point are the ones who have been caught in Australia and cannot get home," he said.

"There are certainly some seasonal jobs down here but it will depend on whether they can entice Western Australians to come down and do it.

"The Australian youth traveller tends to be more rowdy and quite demanding with what they want, I am not talking about facilities, but demands on providers to put up with their behaviour.

"If people want to come down here and work that is fine but in the times I have been running backpackers it is the Australians who have caused us the most dramas.

"They get involved in fights outside the facilities and they think they can invite back whoever they want whenever they want.

"If people want to work and come down there are no problems but I do not know how it will work.

"You can throw money at stuff but at the end of the day it achieves diddly squat. I do not think throwing $40 a night at a heap of young people to try and entice them to a country area is a good idea.

"They would probably hugely benefit if they did come because people who are a little bit older who have not lived out of the city would come down here and love it and probably decide to stay.

"From my side I know that some farmers will not take, this year might be different, but in the past they would not take Australians because a fair few are not interested in working, their whole work ethic is not too fancy.

"I am happy to try and help people but it is almost like I need back up as well."

Premier Mark McGowan said COVID-19 travel restrictions have seen backpacker numbers in WA drop to less than half the usual number, leading to labour challenges across a range of occupations but also creating a unique opportunity for young people in WA.

"We are calling on young West Aussies to take this opportunity to get the 'backpacker holiday experience' at home - broadening horizons, getting to know your regions and all they have to offer," he said.

Vasse MLA Libby Mettam said the campaign was a knee jerk reaction to had been rushed out and not properly thought through.

"The shortage of a variety of skilled staff in the agricultural and hospitality industries is very concerning with many operators looking at either reducing their hours of business or the scope of their production," she said.

"The regional travel and accommodation support scheme does not resolve the issue of actual available accommodation in these areas.

"The increase in demand for housing in the South West is putting pressure on rental availability to the point where some towns, such as Dunsborough, have no available rental properties which also raises the question of where these people are going to live."

Regional Development and Agriculture and Food Minister Alannah MacTiernan said in a typical year, an additional 7,000 seasonal jobs are required over spring and summer in agriculture alone for harvesting, packing and processing work.

"We know it is a challenge to attract local people to these roles, so we are providing a financial incentive for a new cohort who will want to give it a try - and potentially have the adventure of a lifetime," she said.

The rebate scheme will take effect from September 21, 2020 with information on how to submit a claim available at dpird.wa.gov.au/regional-workers-scheme.

This story Where will Wander out Yonder workers live? first appeared on Busselton-Dunsborough Mail.