SHE'S a high school drop out who made countless mistakes on live television and who "learnt by public humiliation". Getting started on TV was not an easy run for the golden girl of the small screen Johanna Griggs.

At 19-years-old, she started her broadcast career and says those early years were fuelled by a lack of direction from television insiders who "thought it was hilarious" when she approached them for help to try and improve and stem the flow of mistakes.

Each week, Griggs and her Better Homes and Gardens colleagues are beamed into hundreds of thousands of homes across Australia, but the road there for the gritty and determined ex-swimmer has been filled with gut-wrenching pain, humiliation and loss.

Griggs was still a teenager when she retired from swimming, with career highs including a bronze in the 1990 Commonwealth Games in the 100m backstroke; and a win in the 50m backstroke at the Australian Swimming Championships in 1993; recording the fastest time in the world that year for the event.

"I definitely didn't have a plan because I retired at 19," she said. "I had a very limited secondary education because at that stage, with Australian swimming, you had to be overseas the whole time. I didn't finish school. But I was lucky." 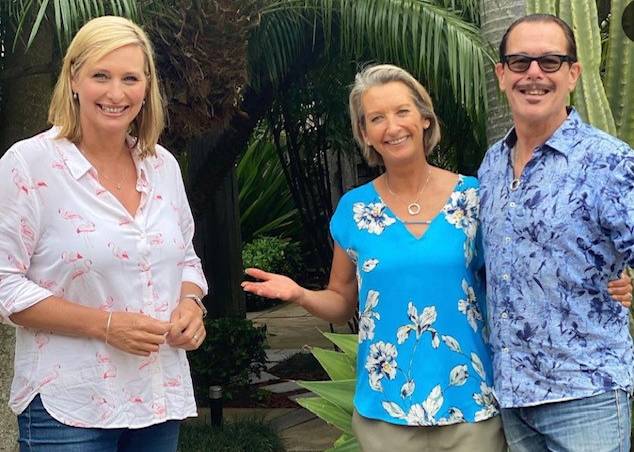 Within 24 hours of announcing her retirement, she had job offers from three different networks. She chose Seven, and has been there on and off - with a few bumps along the way - for the last 28 years.

Meeting Griggs at Freshwater Beach rockpool on Sydney's Northern Beaches for this interview, you quickly learn she's hard working, brutally honest, treasures her family and has a deep throaty laugh that makes you want to laugh along with her.

But she revealed that the sting of criticism from her early days on the small screen is still there today.

Her first role was with Seven Sport, she hosted the Australian Open, the Olympic Games, Commonwealth Games and was a presenter for the Melbourne Cup coverage.

"I was thrown in the deep end, I had no training and pretty much learnt by public humiliation for the first couple of years. It's actually a pretty crappy way to learn but it's also a good way because you make a lot of mistakes but you don't make them twice," she said. "The only thing I can be thankful for is that there wasn't social media back then."

Griggs was so worried about her future as a presenter that she approached her then boss for advice. 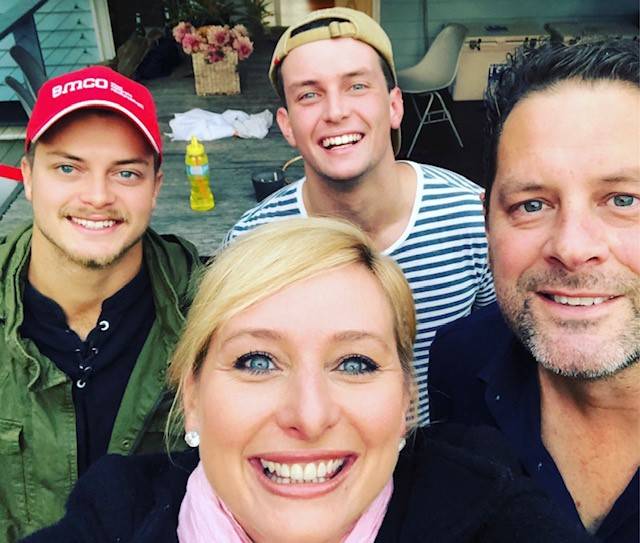 Johanna Griggs with her sons Jesse and Joe and her husband Todd (on right). Picture: Supplied

"I'd go into my boss's office and say 'OK as an ex-swimmer I can follow instructions; that's what my coach does, he tells me what to do and how to improve and how to leave the bad stuff behind but until someone tells me the rules of television I'm going to continue to stuff up' and they thought it was hilarious that anyone would actually approach them like that," she said.

"In a weird way I think it's also endeared me to the public because the amount of times that people have come up and they go 'oh my gosh we remember when you started out and we used to sit and laugh'."

Three years into her TV career, she was axed by fax while on maternity leave and also four months pregnant with her second child. Her marriage to actor Gary Sweet was also crumbling and the bills were piling high so Griggs had to take any job she could get.

"I'd be standing up at the Melbourne Comedy Festival, doing a Good News Week comedy special and the next week I'd be hosting a political satirical show," she said. "They were the most random things, but I would have never taken those things if I hadn't been sacked. At that point I'd only worked in sport." Then she scored a two-year contract with Foxtel - the pay packet helped save her Allambie Heights home in Sydney's north; the bank had already repossessed her car.

Since then, she's hosted six Olympics Games, including Sydney, and one Paralympics and has been the face of Better Homes and Gardens since 2005.

She gushes when she talks about this role, the team she works with, the skills she learnt and the regular Australians who are kind enough to invite her and the Better Homes team into their house to help tell their stories.

"It's the best show. Honestly out of everything I do, and I still love doing sport and I hopefully will do the Olympics and the Paralympics, Better Homes is 100 per cent positivity," she said. "The reason it's done so well this year is, if you turn on the airwaves and you turn on television it's just flooded with negative, terrible stories." The Better Homes and Gardens cast for 2020. Picture: Supplied

With Better Homes, she said, "people can, for 90 minutes every week switch on and get a show which just celebrates people, celebrates great ideas, celebrates amazing ingenuity and it's all positive".

A year after she joined Better Homes, Griggs married builder Todd Huggins - a friend of her younger brother - in a private ceremony at their Collaroy Plateau home in Sydney's northern suburbs.

When the loved up couple are not at home in the NSW northern beaches, they're living at their farm in Laguna in NSW's lower Hunter Valley, which is where they spent the recent COVID-19 lockdowns to have some down time. They run cows and she grows almost all her own veggies; and along with longtime friend, fellow TV personality and neighbour, Chris Bath, they have bee hives after completing a beekeepers course through North Shore Beekeepers at Terrey Hills. 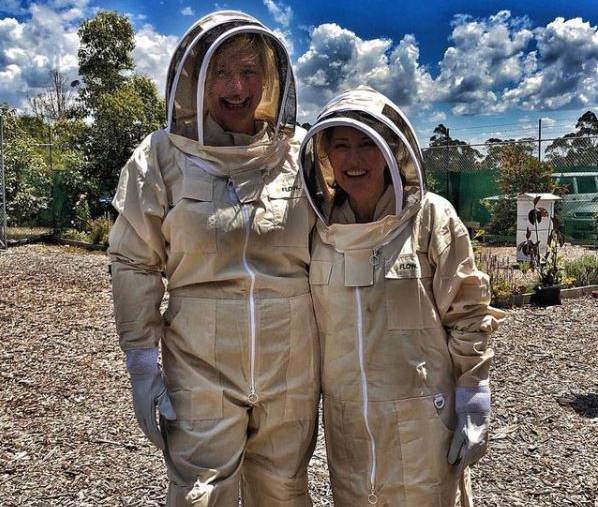 "Ironically, they bought a farm next to us so we'll all grow old together, her and Jimmy Wilson her husband and Toddy and I," Griggs said.

"I'm obsessed with beekeeping and I dragged her along to the course and she now loves it too so we both have lots of hives on our farms."

"It's the first grandson on both sides and Todd and I are just absolutely, utterly obsessed and he's just gorgeous," she said.

Better Homes and Gardens in 2021 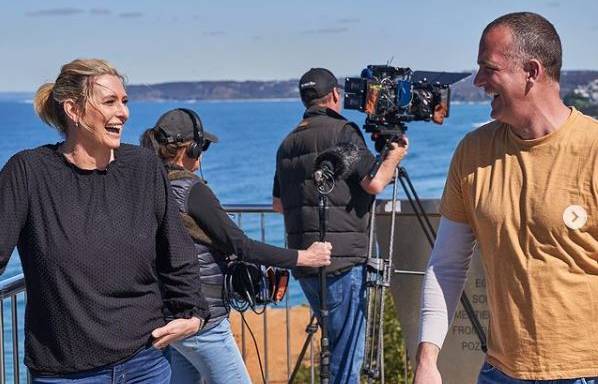 As the show enters its 26th year, its focus during 2021 will be on segments and projects that viewers have been asking for, including smaller and more achievable makeovers, localised travel and more cooking.

"They love cooking they want more things that they can try, there seems to be a huge interest in people knowing where their food is from and knowing how to prepare it and the right things to do."

And while fellow presenter and interior decorator Tara Dennis will be in the first few episodes, she actually quit the show in late 2020 to focus on her retail business.

"She's a very hard person to replace so we're not panicking and we're going to take that decision very slowly and maybe trial out a whole lot of different people throughout the year and see where it falls and what the audience likes and doesn't like," Griggs said.

This story From getting the axe by fax to TV's golden girl: Johanna Griggs' story first appeared on Northern Beaches Review.