The Australian Senate on Monday voted in support of a motion calling on the federal government to reject critical race theory from the national curriculum.

The motion was moved by Senator Pauline Hanson. Critical race theory, or CRT, is an academic theory developed primarily by black scholars and activists to highlight the systemic and institutional nature of racism.

The motion comes after concerns reported in some media, such as The Australian, that the proposed draft national curriculum is "preoccupied with the oppression, discrimination and struggles of Indigenous Australians".

A draft of the proposed revised national curriculum was released at the end of April. New revisions include a more accurate reflection of the historical record of First Nations people's experience with colonisation, with a commitment to "truth telling". This means in part recognising that Australia's First Nations peoples experienced the British arrival as an "invasion". (It also classifies as an invasion according to international law at the time.)

After the release of the draft curriculum, a conservative think tank claimed there were signs critical race theory was creeping into schools.

Critical race theory is an academic framework that is not part of the Australian curriculum. Learning how, for example, First Nations Australians experienced colonisation is expanding knowledge and understanding about our history. It is not necessarily a direct influence of critical race theory.

Every time race is mentioned in an educational context, it does not mean CRT is being applied.

It's important the historical and ongoing legacies of colonialism and racial disparities are discussed in the Australian curriculum. Seeking to restrict this discussion by misrepresenting critical race theory is a move copied from conservative United States playbooks.

A Parent-Led Rebellion Against Critical Race Theory Is Storming School Boards Across The Country https://t.co/5rFY7HnPNGpic.twitter.com/7xwfrYE8Je

What is critical race theory?

Critical race theory is a collection of theoretical frameworks, which provide lenses through which to examine structural and institutional racism.

Within critical race theory, racism is viewed as more than just individual prejudices. Instead, it is considered to include a wide range of social practices deeply embedded in policies, laws and institutions.

Critical race theory was developed from the 1960s and 1970s by legal scholars applying sociological critical theory in their work, although the term "CRT" did not emerge until the late 1980s.

Critical race theorists including Kimberlé Crenshaw, Derrick Bell and Patricia Williams investigated how and why racial disparities persisted in the United States. They did so through analysing these disparities in the legal and criminal justice system, as well as how education and employment opportunities (or lack theoreof) impacted generational wealth accumulation.

Interpretations of critical race theory are diverse as it is a growing body of scholarship. These are not formulated by theorists into specific doctrines, manifestos or sets of practices. But some general principles underpin CRT.

Opponents of critical race theory sometimes claim it creates division and discord between people. For example, they claim critical race theory is intended to make people with privileged identities, such as being white, "hate themselves" or feel shame and guilt for their whiteness.

Critical race theorists and practitioners argue the framework can bring people together by highlighting the causes of the deep racial rifts that already divide our societies. And that it can prepare people for the work of overcoming injustice through reflection.

Where is this coming from?

Since Donald Trump's win in the 2016 US presidential election, the agenda of right-wing and conservative political and media actors in Australia has been heavily shaped by their US counterparts. Trump and other right-wing US actors have promoted broad misrepresentations of critical race theory. 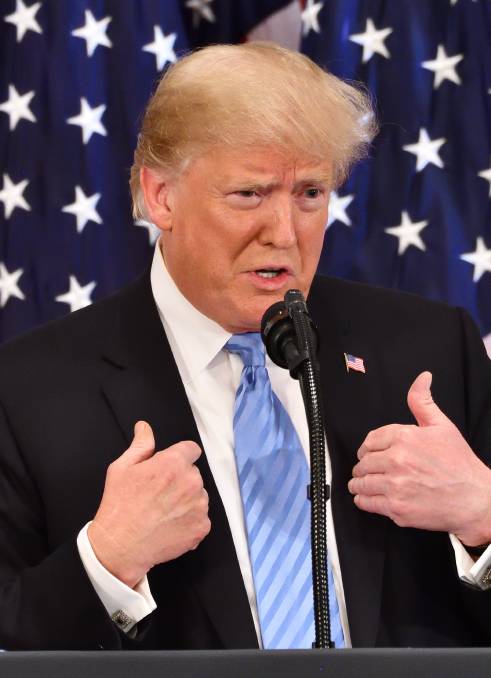 For instance, Trump has claimed the "left's vile new theory" (that is, critical race theory) teaches students that "judging people by the color of their skin is actually a good idea" and that the US is "systemically evil". He claims "this deeply unnatural effort has progressed from telling children that their history is evil to telling Americans that they are evil". Neither is true.

It is important to understand these moves in the context of a systemic push-back against calls for racial justice in the wake of the Black Lives Matter movement's resurgence in 2020.

What does the Senate motion mean?

Hanson's motion does not reflect a homegrown issue with critical race theory. It is the latest example in a series of divisive stunts. This includes her unsuccessful previous attempt to import right-wing racist rhetoric into a Senate bill.

The current curriculum took many years and extensive consultation to develop. New content cannot simply be added or removed by any one institution or organisation, including the Senate. The proposed revised curriculum was similarly drafted based on wide consultation with relevant stakeholders and educational experts.

State and territory governments are responsible for implementing the curriculum in schools in their jurisdiction. The way different states require the curriculum to be implemented can differ and individual schools have some flexibility in deciding which programs and resources to use in delivering it.

But critical race theory is complicated and not suited for delivery directly in the K-12 curriculum. Teachers would be unlikely to refer to it or require students to read the work of legal scholars.

However, general concepts about racial inequality, and discussion of historic and contemporary forms of racism, can be understood - even by young children. Teaching these issues effectively and sensitively may overlap with the general principles of CRT without necessarily being directly influenced by this theoretical framework.

An increasing proportion of Australian children have diverse backgrounds and are likely to already have personal experience with discrimination. So, it is important these topics are discussed in educational contexts in age-appropriate ways.

Discuss "The Senate has voted to reject critical race theory from the national curriculum. What is it, and why does it matter?"

Discuss "The Senate has voted to reject critical race theory from the national curriculum. What is it, and why does it matter?"