At 74-years-old, Jenny Ransom spent about nine months sleeping in her car.

After suffering domestic violence, she was forced to leave her home and the dire rental market meant she couldn't secure another place to live.

Ms Ransom, now 75, has thankfully since found a home of her own, but her story highlights the concerning housing and homelessness situation happening across the country, off the back of National Homelessness Week last week.

While she was sleeping rough, Ms Ransom was part of the fastest growing demographic of homeless people - women aged over 55.

It began for her in September last year. After leaving her home, Ms Ransom sought help from welfare services but said she had no luck as she had two small dogs.

She began sleeping in her car on and off, parking up for a night behind churches, or anywhere she thought was safe. But this didn't always turn out to be the case.

"The first night was horrific, I don't think I slept at all," she said. "I just walked around and around the car and if someone looked like they were coming towards me I'd just jump in and shut up. I was frightened.

"I had a few terrible experiences where men would come along and say 'woman get out of the car, we want to talk to you'.

"Sometimes the police would even move you on if you were somewhere they said you shouldn't be staying, and I'd go but I'd be crying my eyes out."

On top of this, Ms Ransom suffers from a few health problems, which were made worse by her sleeping situation.

"I have a bad back, so I went to the Salvation Army and those kind of places and I got a few cushions and all that from them and stuff them under my back," she said. "It was just murder, I'd get up in the morning and I couldn't walk.

"Also I've got a bladder problem. I go to the toilet on average 17 times a day. So I had a little bucket in the car."

Ms Ransom said the experience was horrific, and led her to contemplate taking her own life.

"It was just terrible," she said through tears. "I never dreamed that that would have ever been me. 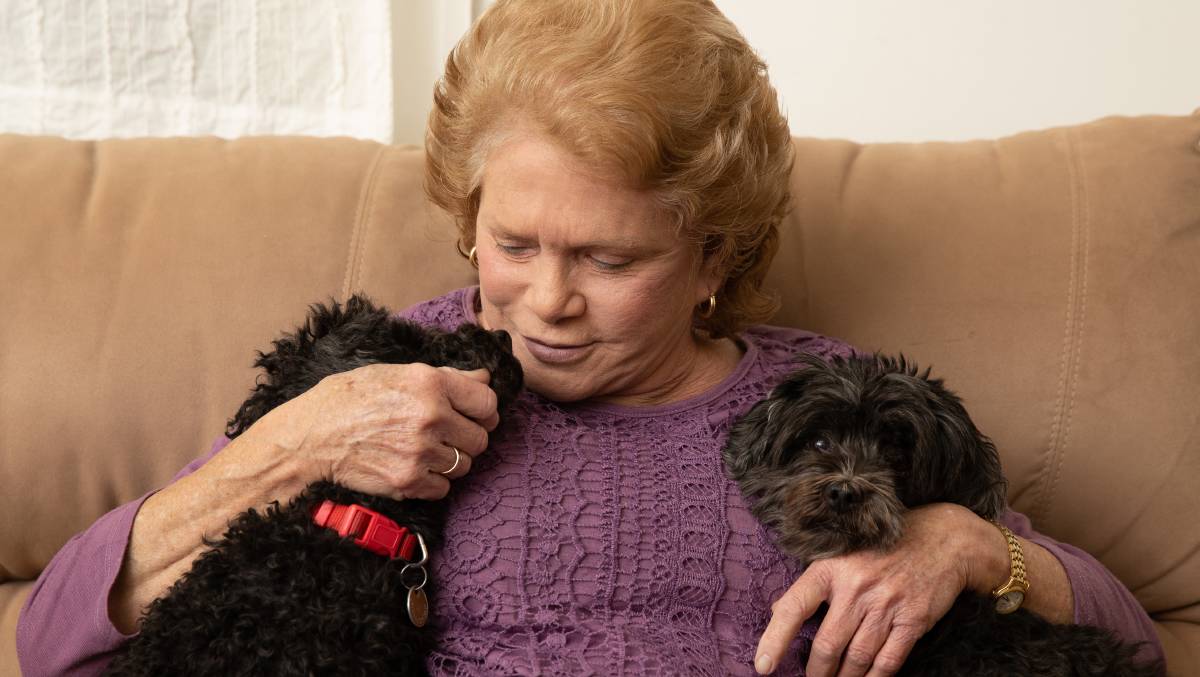 HOME: Jenny Ransom with her two dogs in their new home after sleeping rough for nine months. Picture: Marina Neil

"I tried everything you could imagine. If I'd see a house that didn't look lived in I'd put a note on the door and go back a few days later and the note was still there. I'd try to find out who owned it. But I couldn't get help.

"There's just not anywhere to rent - there's nothing."

Towards the end of the end of the year she was told about Our Backyard at Cardiff, which is a designated car park for people sleeping rough in their vehicles. It offers 24/7 access to bathroom, kitchen and laundry facilities.

As well as providing Ms Ransom with a safe place to sleep at night, they also helped get her into her own home.

"It was an absolute blessing when I found them," Ms Ransom said. "I just felt so safe there.

"They're bloody good people. If Our Backyard hadn't helped me I never would have gotten a place."

But Ms Ransom said the experience highlighted how widespread homelessness really is.

"I'm in a house with three bedrooms now, and I can't get rid of the guilt of having two empty bedrooms and knowing there are people on the street," she said.

Danielle Whyte from Our Backyard said the trauma that Ms Ransom experienced was "unbelievable".

"No woman should have to go through that," Ms Whyte said. "She could pay rent, she had good rental history and she spent nine months in her car. 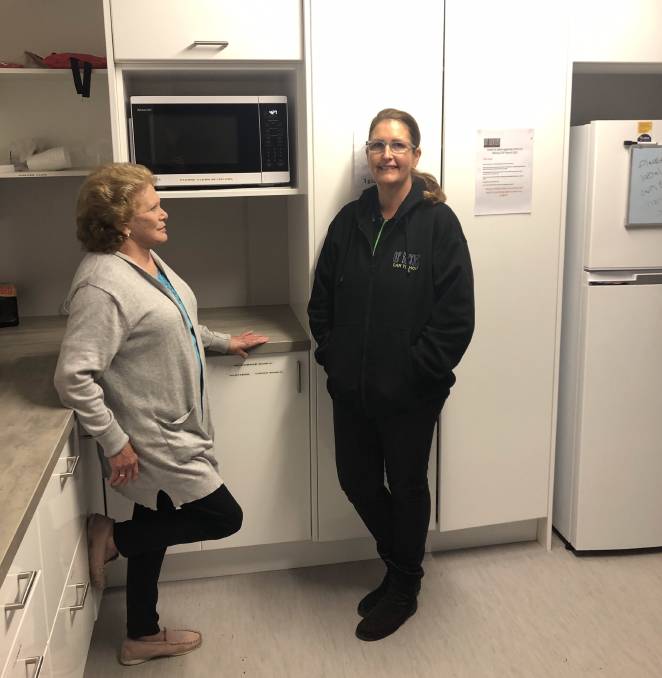 Ms Ransom with Danielle Whyte from Our Backyard, who helped her find a permanent home. Picture: supplied

But since finding a place, Ms Ransom has been receiving support through a program Our Backyard began last year called Car to Home, where they find properties for people sleeping in their cars, and then case manage them for 12 months afterwards to ensure they remain in the home.

"It's one thing to organise a property and get people into housing, but usually in the current format with social housing, it's just here's the keys and off you go," she said.

"The problem they come to our service with is they've still got those same problems they had before, whether it's mental health or domestic violence.

"What we're focusing on is the case work 12 months post going into a house. The research shows that's the most successful format of getting people off the street for good and never going back into homelessness."

Ms Whyte said Our Backyard had been quiet during the lockdown as government services had stepped in to put people into temporary accommodation.

But unfortunately, she said it doesn't solve the problem permanently and expected things to pick back up again after the lockdown.

"It gives a sense of false hope to people who think they're actually going to be housed long-term," she said.

Ms Whyte said the service was seeing more and more people who were struggling in the tough rental market.

"People are evicting people on no-grounds," she said.

"We're seeing people who are trying everything to get a rental and applying for hundreds of properties. They're doing everything right but just can't find anywhere.

"A lot of the people that approach us are on Centrelink, have pets, may not have a great rental history so they've really got no chance whatsoever of getting into permanent accommodation.

"We've certainly seen an increase in the number of women over 55 and children."

Our Backyard is a charity and doesn't receive any government funding, so relies heavily on a sleepout under the stars event it usually holds each year but hasn't been able to since 2019.

This year's sleepout was due to go ahead on August 21 at Macquarie Life Church Cardiff but the current lockdown has forced the event to go online with participants encouraged to raise money and sleep in their cars at home.

"We do the sleepout so people can see just how tough it is to sleep in their car," Ms Whyte said.

The organisation is also holding a census event with rough sleepers invited to visit Our Backyard at Cardiff from 6pm Tuesday so they can complete the census.

The census is the only national estimate of the prevalence of homelessness, so Ms Whyte said it was important rough sleepers were represented properly.

More information about the virtual sleepout and about Our Backyard's services is available at macquariecare.org.au.