Another issue created by the current COVID-19 pandemic is the difficulty it adds to the already complex area of helping women grappling with homelessness.

The breakdown of family and domestic abuse is still the leading underlying cause of homelessness for women, and getting to somewhere safe is problematic if that destination is in an area in lockdown or, as Armidale has been this week, if the victim is under lockdown restrictions.

"Quite often, people move to family if there is a breakdown, but if your family is in Sydney or Brisbane, you can't get to them," said the manager of the Women's Shelter in Armidale Carolyn Burgess.

"We've had several people who are escaping domestic violence, but they cant get to the endpoint.

"Mum's waiting for you, but you can't get there because she is on the other side and the borders are closed, or she's in lockdown, and you are not allowed to enter.

"It's another level of fear on top of being homeless."

And incomprehensibly, COVID -19 is also being used as a weapon by some perpetrators of coercive control, Ms Burgess said.

"Manipulators are using COVID-19 as an additional threat by saying they will take the victim somewhere, so they catch the virus," she said.

"The difficulty is that police can respond to a physical assault, but at the moment, there isn't a law to support coercive control victims.

"We haven't seen it in Armidale, but there have been reports of it elsewhere, and we have been instructed to look out for it."

The Women's Shelter in Armidale can house five families in a congregate living arrangement, and the facility has just received $1.6 million to build a more modern 'core and cluster' model to give clients privacy. The average length of stay is three months, but the need for emergency housing often outstrips the shelter's capacity. 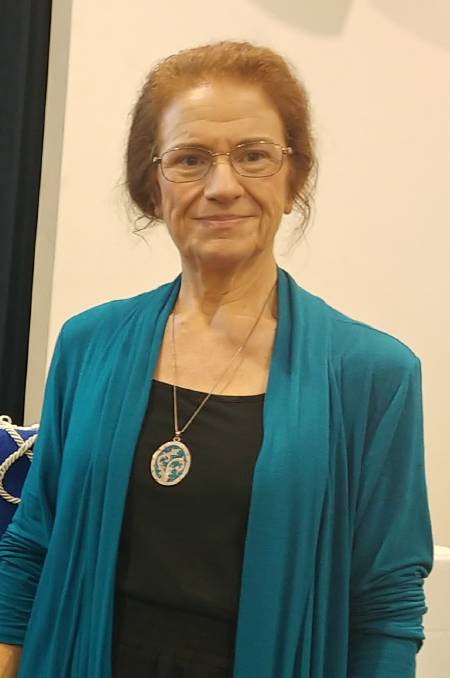 Carolyn Burgess is the manager of the Women's Shelter in Armidale and has worked in management of homelessness for 25 years.

"There are at least a couple of clients a week coming to us," Ms Burgess said.

"At the moment, we have two families in hotels, and it's not just us. We're the only shelter for women, but some people are put into hotels through Homes North under the temporary accommodation program through Housing NSW.

"A shelter is a place of pause and a period of regrouping and getting your head straight before planning what to do next. And that's what our staff work with women to do.

"We run groups and have continued to do that even with the added difficulty of COVID-19 restrictions."

Ironically homelessness can be costly, and the behaviour of people confronted with it is not always compatible with current Covid safe practices.

"It's expensive because they have to pay for the hotel. Sometimes we broker deals and pay for half of it, but it just depends on individual circumstances.

"People are resourceful; they try to sort their own stuff out, and some people have exhausted all their savings before they come to us. So we try not to allow people to get into that situation if we know."

There is shame and stigma associated with homelessness, Ms Burgess said, but COVID-19 may highlight the unfairness of those attitudes.

"Society as a whole tends to blame people for their homelessness as if it was done willfully or through some sort of negligence," she said.

"I think COVID-19 is teaching a harsh lesson to quite a lot of people - the vast majority of people are just one month away from homelessness at any one time.

The vast majority of people are just one month away from homelessness at any one time.

"If you lose your job, you only have to be two weeks in arrears with rent, and you can be homeless - so one month is all it takes for the average person, and it's not much longer than that if you are a homeowner and have a mortgage.

"It can happen if you lose your job, or injure yourself and get put on partial payments, or your relationship breaks down, and one partner leaves, and you can't afford the house on your own.

"All these things can happen, and they are common life events; people don't realise how precarious their situation can be."

While the current regional real estate market (due mainly to COVID-19 restrictions in the cities) is an investor's dream, the increased rents and the availability of rentals is also a problem, according to Ms Burgess.

" A lot of our women don't have a rental history, and there is a shortage of affordable and safe housing in Armidale," she said.

Having been the manager at the Women's Shelter for five years and working in homelessness management for about 25 years, Ms Burgess says in her experience, homelessness and domestic violence can be found in all levels of society - and she sees that in Armidale as well.

"It is invisible, and sometimes people will go to friends," she said.

"Sometimes, I almost think it is harder for people who have more status in the community because sometimes it is more of a shock, and they have a high level of status to contend with.

"Often their partner is well known in the community, and a there is a high level of disbelief because it is that dislocation of that is not how the world is supposed to be."

And it is not always men who are the perpetrators - although the majority are.

"We also work with people from same-sex relationships and people who are trans - if they say they are a woman, they're a woman to us - end of,"Ms Burgess said.

"We are not going to add to anybody's trauma.

"We could also have someone contact us who is a perpetrator - we wouldn't bring them into the refuge, but we would help them because they are women too, and they are homeless."

The Armidale community has been very supportive of the shelter, Ms Burgess said, and it is the oldest autonomous shelter in the state. But while the people behind it are grateful for that support and recent funding and will continue to seek more funding to develop the facility further, their ultimate goal is to see the shelter abolished.

"In a region as beautiful and as skilled as the Armidale Region, surely we can say we are not going to let people in our community be homeless," Ms Burgess said.

"Homelessness benefits nobody and costs the community a huge amount of money.

"In some other countries where there has been sufficient will, they have eradicated it and shut the shelters because they didn't need them.

"Our biggest wish is that we didn't need a shelter because homelessness didn't exist. But unfortunately for us, homelessness is increasing."

or go to http://www.womensshelterarmidale.org/ for more information and links to other Armidale regional services

Link2home is the statewide homelessness information and referral telephone service. It is available 24 hours a day, 7 days a week, every day of the year.

For information, assessment or referral to homelessness services and support in NSW, call Link2home.

This story COVID-19 is increasing the complexity of women's homelessness in regions first appeared on The Armidale Express.