Tasmanian Labor reached a partial conclusion to its David O'Byrne matter after two caucus meetings, the intervention of two former premiers, an ultimatum from the leader and a defence of its processes from the state secretary.

After a tense 24 hours of behind-closed-doors discussions, Mr O'Byrne released a statement confirming he would remain the Labor member for Franklin but will no longer be a member of Labor caucus.

"Despite the last few difficult months I still believe that remaining in parliament and giving voice to the many issues confronting everyday Tasmanians is not only important but crucial in making a positive difference," he said.

It comes after leader Rebecca White twice asked him to resign from parliament - first during a caucus meeting on Sunday, and again during a meeting on Monday - during which his colleagues further outlined their concerns about his past conduct.

On Monday morning, she implored him to reconsider his position.

"I hope that, overnight, he has reflected on the comments that were shared with him by his caucus colleagues, and at our party room meeting today he will tender his resignation," Ms White said.

"The community expects leaders like us to uphold certain standards, and I don't believe in this instance that David has upheld those standards.

"Whilst the report found that the behaviour was not a breach of the Labor Party policy, as leader of the parliamentary Labor Party, I regard that behaviour to be below the standard that I expect from my members, and that is why I have asked him to resign."

But not long after the Monday meeting started, Mr O'Byrne was seen leaving parliament in a car without taking questions from the media.

Ms White released a statement saying Mr O'Byrne "will continue to sit in the Tasmanian Parliament as the Member for Franklin" after he offered his resignation from Labor caucus.

Without a resignation on Sunday, former Labor premiers Lara Giddings and Paul Lennon released a statement and then went on a media blitz on Monday calling for Mr O'Byrne to step away from parliament.

Ms Giddings said Mr O'Byrne's actions following the release of the party's independent Deegan report - which found no further action was required - firmed in her mind that he should resign.

"It was a redeemable situation, but unfortunately the way he handled the end of the complaint process and investigation has meant that the victim has essentially been re-victimised and re-traumatised and blamed for what happened," she said.

"This is exactly why women will not stand up and speak out about the sexual harassment they face every day. 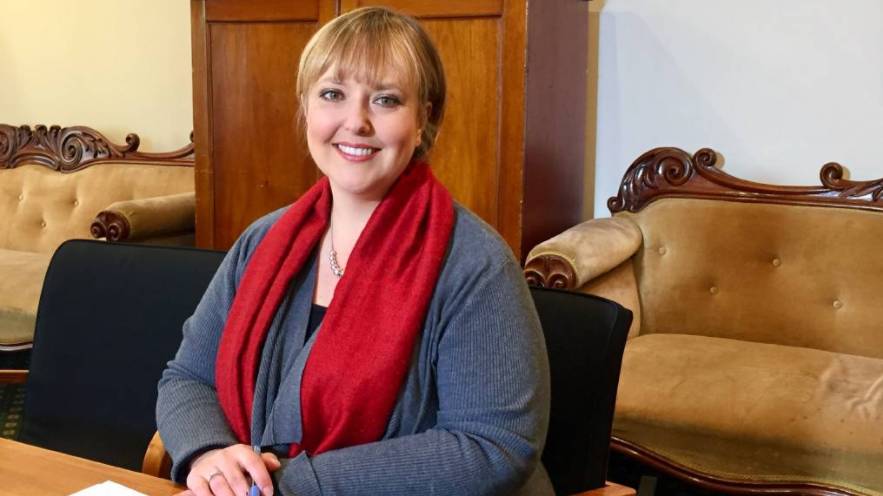 Former premier Lara Giddings made her own intervention in the matter, along with fellow former premier Paul Lennon.

"They know they will end up being damaged by process themselves."

The party's six-week report - carried out by former Fair Work commissioner Barbara Deegan - into allegations Mr O'Byrne sexually harassed 22-year-old Rachel Midson when he was her boss as union secretary over a decade ago found there was no further action required.

Mr O'Byrne said it showed that comments made by other politicians about his conduct were "disproportionate, unfair and opportunistic".

Various comments made in the media then prompted Labor state secretary Stuart Benson to release his own statement defending the investigation.

"Any suggestion Barbara Deegan did not complete a thorough report in accordance with relevant policies is wrong," he said.

Following months of political infighting and party room leaks, Labor's popular health spokesperson Bastian Seidel announced he would resign from parliament at the end of the year after just 18 months in the role.

Just after Labor members sat down for their second caucus meeting in as many days, Dr Seidel emerged from Parliament House to confirm his shock decision.

He had handed in his resignation to Ms White on Monday morning.

Dr Seidel said he was not suited to the nature of modern day politics.

"I don't enjoy political infighting, compared to others, I actually don't get a kick out of it. It is sad and depressing and too often I have felt that I have just been a pawn in somebody else's stupid game," he said.

He had also urged Mr O'Byrne to resign when the allegations were first made public.

He will go back to his general practice in the state's south, stepping away from any sort of health policy advocacy role. His last remaining piece of business in parliament will be to complete a rural health inquiry. 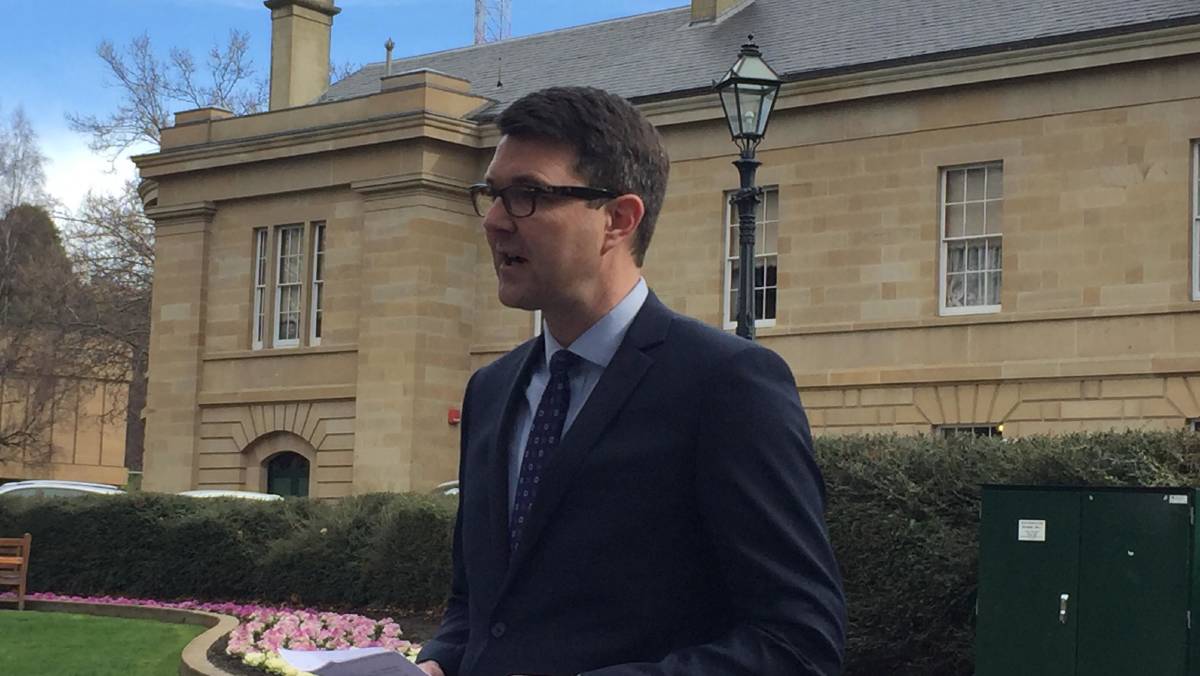 With the media expecting a David O'Byrne announcement, Dr Bastian Seidel instead emerged from Parliament House to announce his own resignation. Picture: Adam Holmes

"In my brief time in politics, it's just left me disillusioned and I'm bitter and I'm sad," he said.

"There's got to be virtue in politics but i just can't see it, and for that reason i have decided to resign."

Despite being a Labor member since 2014 and maintaining a strong love for the party, he said Labor had a long way to go to win back the public's trust.

"We have to explain what we are standing for. What are we actually standing for? I don't get good answers to those questions," he said.

The Gutwein Liberal government will hand down its Tasmanian budget on Thursday, but the Greens are concerned that Labor will not be in a position to provide proper scrutiny.

Greens leader Cassy O'Connor said it would be up to her party to provide that scrutiny - and she was disappointed to see Dr Seidel step away.

"Bastian Seidel's resignation is emblematic of everything that's wrong with the Labor party. It's a party that, right now, stands for nothing except itself and trying to gain power," she said.

"It's a party that's failing the people of Tasmania.

"In a healthy democracy, you need a strong opposition. The Labor party has vacated the field, and as ever, we are ready to step in."

This story Ultimatum, intervention and resignation, but Labor issues roll on first appeared on The Examiner.