Along with a message direct from Queen Elizabeth II and a birthday spread to rival the Palace itself, Mr Tuffen reflected on a long life of adventures.

"I was born in the East End of London, and I saw it at its worst," Mr Tuffen said during his 100th birthday party, hosted at the Silver Vines clubhouse. 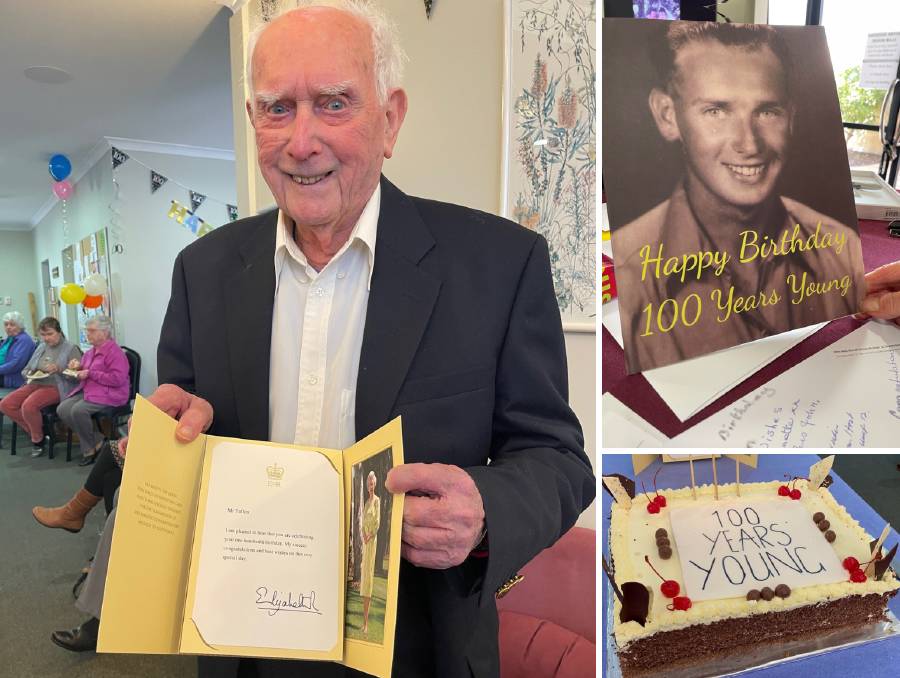 Mr Tuffen left London in 1947, and went on to enjoy a career as a school teacher. He has lived at Silver Vines for a number of years and said he enjoyed the friendship of the residents.

He recalled purchasing his first land in the area, a block in Prevelly in 1961.

"I bought one and my girlfriend at the time bought the one next to it," Mr Tuffen said.

"It was a hundred pounds for each block, and you had a year to pay it back... interest free!"

Mr Tuffen said the occasion had led him to consider how the Queen would have felt writing his letter.

"He was the penniless Prince, and she used to say 'I gave him the best of everything, he had the best food, the best care'... and he let a yobbo from the East End of London outlive him."