NSW Police's strike force building a case in the investigation into the disappearance, and likely death, of William Tyrrell will ensure no stone in left unturned in this week's renewed search at Kendall on the state's Mid North Coast.

NSW Police Commissioner Mick Fuller said there would be no speculation or further comment on any evidence, including persons of interest, in a bid to protect the case.

Strike Force Rosann, headed by Chief Inspector David Laidlaw, has returned to Kendall for a two week intensive search of three key locations identified as significant in the seven-year investigation that to date, has not produced any definitive evidence to conclude what happened on the day the three-year-old disappeared.

The Strike Force has returned to look for the remains of William Tyrrell and any evidence that will result in an arrest. On Wednesday (November 17) they will be joined by the Australian Federal Police and archaeologists. 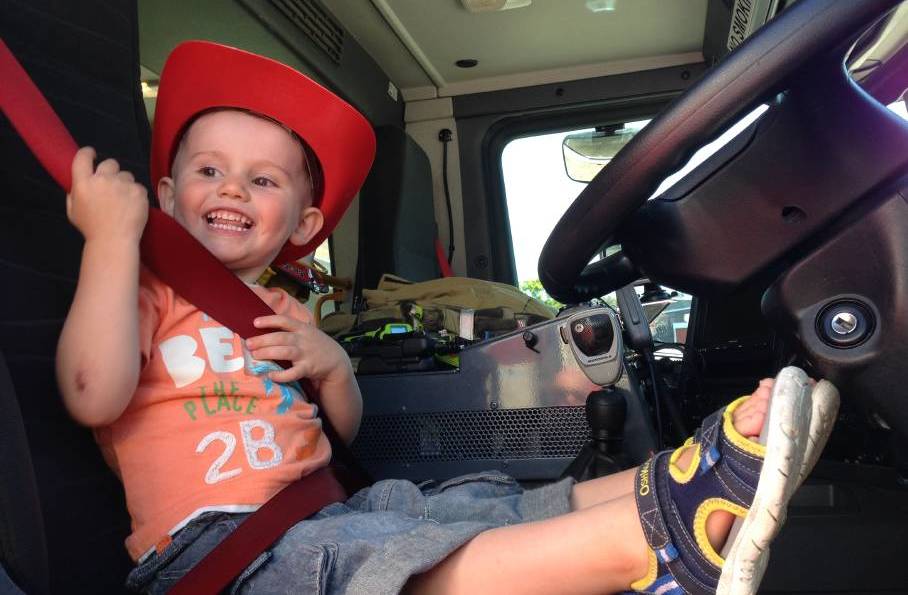 Commissioner Mick Fuller said the Strike Force has 'one particular person' they are focusing their investigation on, but would not divulge any information that could potentially jeopardise the work of his team or reaching a conclusion in the case.

"I'm confident the team who has the investigation at the moment can solve it," Commissioner Fuller said.

On November 9, the Strike Force seized a vehicle from a property in Gymea. That vehicle, it has been reported, was formerly owned by William's foster grandmother. She has since died.

The current owner of the vehicle is not linked to the case in any way.

The vehicle was taken to a secure facility where it is undergoing extensive forensic examinations and analysis. This is expected to take several weeks, a NSW Police statement said.

Strike Force investigators and specialist forensics teams are now conducting a specific search back at the Benaroon Drive home where William was last seen on September 12, 2014.

The home was formerly owned by William's foster grandmother.

William was visiting his foster grandmother at Kendall with his foster parents and sister on the day he disappeared. 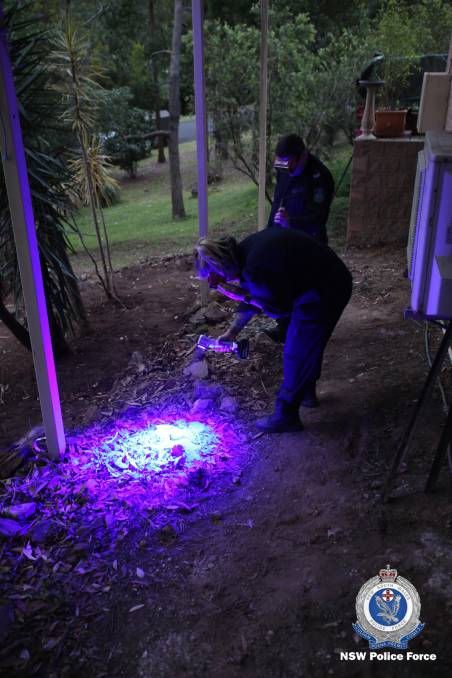 Forensic procedures being conducted under the balcony of the home on Benaroon Drive, Kendall where William Tyrrell was last seen playing in 2014 before he disappeared.

This week's search will involve the clearing of trees and digging at key sites. Specialist cadaver dogs have scoured the areas in question including the gardens underneath the balcony.

Police Minister David Elliott was asked about a report that police were investigating whether William died after falling from a balcony at the house.

"With a mysterious incident like this, every single option has to be investigated, every scenario has to be reviewed and tested," he told reporters on Tuesday.

"Let's hope whatever the conclusion is gives closure to the families and community."

NSW Police Commissioner Mick Fuller said all possible scenarios are being considered in the renewed search.

Another location is off Cobb and Co Road where the Rural Fire Service (RFS) has been called in to assist with the removal of trees.

Commissioner Fuller was critical of earlier investigative work where he believes time was wasted.

"These areas have been searched but initially we were searching for a missing boy," he said.

"The transition of the investigation was looking at some persons of interest that were clearly not, and I think some time was wasted on that. A fresh set of eyes, under Chief Inspector Laidlaw, have been meticulously pulling apart this matter.

"It is my understanding from the investigators there is certainly one person in particular we are looking at."

Commissioner Fuller confirmed that NSW Police have also sought an apprehended violence order (AVO) against William Tyrrell's foster parents. That AVO is allegedly in relation to a child linked to William.

Commissioner Fuller would not comment any further on that aspect of the investigation. 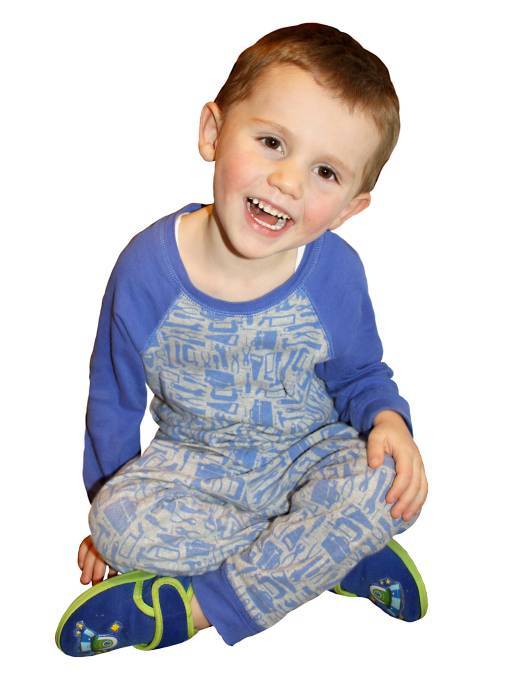 One of the last photos taken of William Tyrrell, aged 3.

Those crucial moments after William vanished

A coronial inquest commenced into William's disappearance in March 2019 and remains ongoing.

It is being overseen by Deputy State Coroner Harriet Grahame.

The inquest concluded in Lidcombe Coroner's Court in Sydney on October 8, 2020. with an emotional plea by his 10-year-old sister - "I will find my brother and not give up until he is found".

"I hope this speech makes you solve the case," she told the court. William's sister cannot be named for legal reasons.

"If it doesn't, when I am officially adult, I will be in the police force, a detective specifically, and I will find my brother and not give up until he is found.

"Please help my family, most of all me, find our precious William."

The coronial inquest findings were to be handed down in June 2021. A new date has not been determined.

The inquest, which has been ongoing since March 2019, considered thousands of pieces of evidence collected by Strike Force Rosann, statements by persons of interest and recollections by family and neighbours of the morning little William vanished from Kendall in 2014.

Emotional statements were provided to the inquest by William's foster parents who said the family was "living a nightmare".

A memory expert told the inquest that the boy's foster mother may have created a "false memory" about suspicious cars in the area at the time of his disappearance.

On the morning of his disappearance, the inquest heard that William, 3, was playing "tigers" with his sister and wearing a Spiderman suit.

His foster mother went inside to make a cup of tea, the inquest heard, and when she returned, William was gone.

Forensic psychology academic Helen Paterson told the inquest that information learned after an event could cloud future retelling of events.

"It could be there was a true event ... she saw those cars in that location at a different time," Dr Paterson said. "But then she mistakenly attributed it to the morning before William disappeared."

Two days after William went missing, the foster mother told police she recalled seeing one white and one grey car parked between two driveways the morning of his disappearance.

She later said the memory of the cars was "burnt into my brain".

"I'm unable to say if it's a true or false memory," Dr Paterson said.

Doubt was also cast over another witness's account about seeing the three-year-old boy standing unrestrained in the back of a four-wheel-drive being driven out of Kendall in September 2014.

Another witness claimed she heard a child scream.

"It was a scream and it was silence pretty quickly ... I had no reason to think it was William," she told the inquest.

Dr Paterson told the inquest she believed the witnesses, and the foster mother, were giving accounts in good faith.

A bid at the time to add high-profile former detective Gary Jubelin to the inquest's witness list failed after an application by William's foster parents.

The former detective chief inspector led the police search for William from February 2015 until early 2019. Gary Jubelin resigned after allegations were proven he had made illegal recordings during the investigation.

The foster parents slammed Mr Jubelin's removal from the case.

"From the moment Gary Jubelin was appointed to lead Strike Force Rosann, he lived and breathed the investigation with absolute commitment to finding out what has happened to William," a statement from the foster family said in 2020.

"From the outset, Gary and a dedicated few in Strike Force Rosann were faced with enormous challenges, barriers and constant distractions that have consistently diverted resources away from the investigation to find a 3-year-old little boy.

"And yet, even when faced with these extreme obstacles, Gary and those who shared his passion and commitment, have lived and breathed this purpose with undying dedication and always to bring justice for William and all those who love him.

"There is little doubt that this wouldn't be the first occasion when someone with this level of responsibility has gone above and beyond, crossing boundaries and creating new boundaries to achieve an outcome and justice for 3-year-old child and their loved ones."

A $1 million reward still stands for information leading to the recovery or return of William. It is one of the largest missing person's reward in the state.

William's foster parents issued a statement on September 7, just days before the seventh anniversary of his disappearance, critical of news reports that claimed NSW Police had a new person of interest in the case.

"Imagine waking up to an unsubstantiated article published by a large NSW media outlet claiming that a senior officer within NSW Police has shared that they have a new person of interest, whilst inferring that this heinous crime is on the brink of being solved. Once again we are forced to watch others objectify William for personal gain," the statement said.

"Time and time again we've watched people lose sight of the tragic reality that William was a precious, innocent little boy who was taken from those he loved and who love him deeply, forgetting that there is a heartbroken family waiting in hope that William will be found.

"To publish unverified claims, without consideration to the hurt that articles of this nature cause is disrespectful and devastating to everyone who knows and loves William."

This story Strike Force to build on solid evidence base in targeted Tyrrell search first appeared on Port Macquarie News.