It's been an epic year for science.

Cosmos, Australia's only independent science newsroom, has chosen their picks among 2021's thousands of amazing stories.

The fight for the Martuwarra

This story wasn't just about a beautiful wild river ecosystem under threat in Western Australia's remote northwest - it was also about the essential intersection of environmentalism and indigenous sovereignty.

For Dr Anne Poelina, a Nyikina Warrwa Indigenous academic and researcher who advocates to protect the river, the Martuwarra is home, and a living ancestor.

"It's the construction of our whole identity," Poelina said. "It's the river of life."

If 2020 was the year of COVID, 2021 was the year of variants and vaccines. New mutations of SARS-CoV-2 - particularly the Alpha, Delta and now Omicron variants - caused us to reintroduce lockdowns and kicked immunity further down the road.

A first look at the epidemiological data showed Delta was much more of a concern than wild-type COVID.

And, particularly pertinent as Omicron emerges, Cosmos took a deeper look at how to prevent variants emerging. It's not by prioritising vaccines for wealthy nations, folks. Has our hydrogen future arrived?

The future of energy has been an important theme all year, and we delved into the science of lithium, graphene, solar and hydrogen. These technologies are going to have to provide the vast majority of our energy by 2030 if we are to avoid the most catastrophic costs of climate change - while soil carbon and carbon capture are promising, they're never going to account for the emissions being released now.

Cosmos took a close look at the promise and perils of hydrogen, after Fortescue Future Industries announced a massive investment in green hydrogen technology.

Dr Patrick Hartley, leader of the CSIRO's Hydrogen Industry Mission, believes the hydrogen industry is accelerating - but with a caveat. "These are announcements, so the proof in the pudding is when they turn into something more than announcements," Dr Hartley said.

This story highlighted just how cool geology can be. Researchers pulled together decades of geological data to reconstruct how the Earth's tectonic plates have moved over time, ending up with an incredible animation that packs a billion years into 40 seconds.

It spans nearly a quarter of the planet's existence and gives the watcher a taste of the true meaning of deep time. 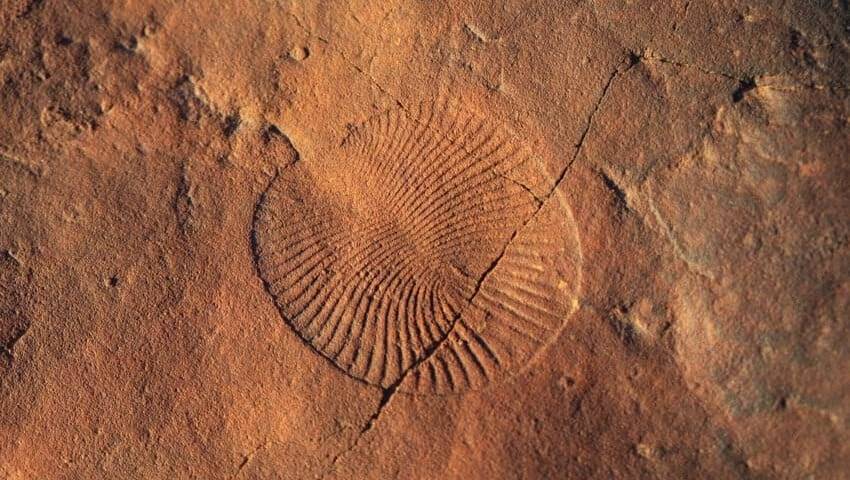 Behind the scenes: new national park offers an exclusive window into life at the dawn of time

It's always fun when a story involves a field trip.

They spent two days in the field with palaeontologists, watching them at work and learning how they're studying ancient fossils that mark the dawn of animal life.

Ethics of making human blastocysts in a lab

Monash University researchers made international news in March when they announced they were part of an international research team that had successfully made blastocycts in a lab. This discovery has been received as one of the greatest advancements in our understanding of embryos.

But, as deputy director of the University of Melbourne's Centre for Stem Cell Systems Professor Megan Munsie pointed out, when it comes to the ethics governing this research, we have yet to establish consensus - or even clear guidelines.

"Because these are not the same as a sperm-egg embryo, we should be having a conversation around whether blastocyst structures should be governed by the same ethical considerations," she said.

"While these models are similar, they should not be considered equivalent to human embryos created in an IVF lab. This distinction is important. Ethical and legal considerations are different. How and when they are used in research is likely to be different." We STILL can't get over what an amazing week this was - and the fact that we got to talk about how chunky bears can get.

Every year, a national park in Alaska pits brown bears against each other in a series of knockout rounds, getting the public to vote on who has fattened up the most in the lead-up to winter hibernation.

We were delighted to see Otis crowned 2021 champion of chonk, but it also gave us a great excuse to talk about the interesting way nutrients cycle through temperate rainforests - from salmon to bears to scavengers to the trees themselves.

Vaccine hesitancy: how do we approach it?

We did our share of mythbusting articles this year - especially when it came to COVID. Between exploring misinformation in pamphlets to questioning why vaccinated people still end up in hospital, the most prominent through-line was in vaccine hesitancy.

The two pieces we're proudest of in this arena both took all our expertise and tenacity to complete.

AstraZeneca and blood clots: by the numbers zoomed in close on the small risks of one vaccine that was alarming the nation. And editor-at-large Elizabeth Finkel's series A letter to my vaccine-hesitant friends provided a comprehensive dossier on what we know about the COVID vaccines, what the risks are, and - crucially - where the benefits lie. The climate keeps changing - and more people are noticing

It's been a grim year for the climate. Floods, fires and extreme weather has been seen in every corner of the world, and paper after paper showed us the worst is yet to come.

But the silver lining is more and more people understand what's going wrong - and governments are beginning to respond.

The COP26 summit was the climax of this, providing the best opportunity we've had since Paris to curb emissions.

The Intergovernmental Panel on Climate Change released their sixth report, showing us roughly what we expected - our biggest threat was delay.

The Australian Academy of Science predicted a child born today could expect a vastly more unstable world that will endure more deadly heatwaves, increased risk of bushfires and a reduction in food production and security.

Courage has a quiet voice: The women who won't give up on educating Afghanistan

One of the biggest news stories of the year was the Taliban re-taking Afghanistan. It's not a pure science story, but we immediately wondered what this would mean for education in Afghanistan, especially for women. We managed to secure interviews with two women fighting for education in their home county, Farkhondeh Akbari and Pashtana Durrani.

Behind the science of the Folbigg petition

In February, a group of eminent Australian and international experts petitioned the NSW Governor to pardon convicted child killer Kathleen Folbigg because of genetics research suggesting two of her children could have died of natural causes, rather than being murdered by their mother.

It came as Folbigg awaited the judgment of a NSW Supreme Court appeal, which she launched to quash the findings of a 2019 judicial inquiry that affirmed her guilt.

This was an extremely important piece of science. For several days under a court embargo we pulled together three articles to translate some incredibly complex science in a domain we were previously unfamiliar with.

Regardless of the outcome of the petition and court case, we are proud of the work we produced, which presented this dense science clearly. The ASKAP telescopes are being used to probe the deepest reaches of the Universe - and time itself. Image credit: CSIRO

We aren't serious all of the time.

Behind the scenes, we like a laugh at Cosmos, and this was the product of our nerdy brand of humour. It's niche, it's silly, and it's about science, so we're pleased to have hit all the important boxes to celebrate April 1.

This April Fool's joke was created on a whim, but had an unexpectedly wide reach. It even fooled a few folks in the end, so we can happily say it performed as intended.

"You bloody fool!" The musk duck that learnt to swear

Ripper the musk duck is the most hardcore Aussie animal there is. He chases people. He slams doors. But most importantly of all? He swears like a sailor.

This foul-mouth fowl is a personal favourite here at Cosmos because we only wish we had an ounce of his confidence and pizzazz.

Ripper is a bloody inspiration. Let's hope 2022 is a ripper of a year, too.

This story A recap of 2021's biggest science stories first appeared on The Standard.