As usual, our nine-year-old was a little confused the other day.

"Which one was Gandhi?" he asked. "Was he the one with the muscles who ate spinach?"

"Right, so who was Popeye?"

While acknowledging it was quite natural to confuse two characters in possession of such similar ideological traits (and revisiting the old fact vs fiction routine), I steeled myself for the next task - maybe I'd be called upon to articulate the subtle differences between Margaret Thatcher and Xena Warrior Princess? JFK and HRT? - but there was no follow-up question, a rare reprieve, as any adult regularly exposed to pre-adolescent thought processes will attest. 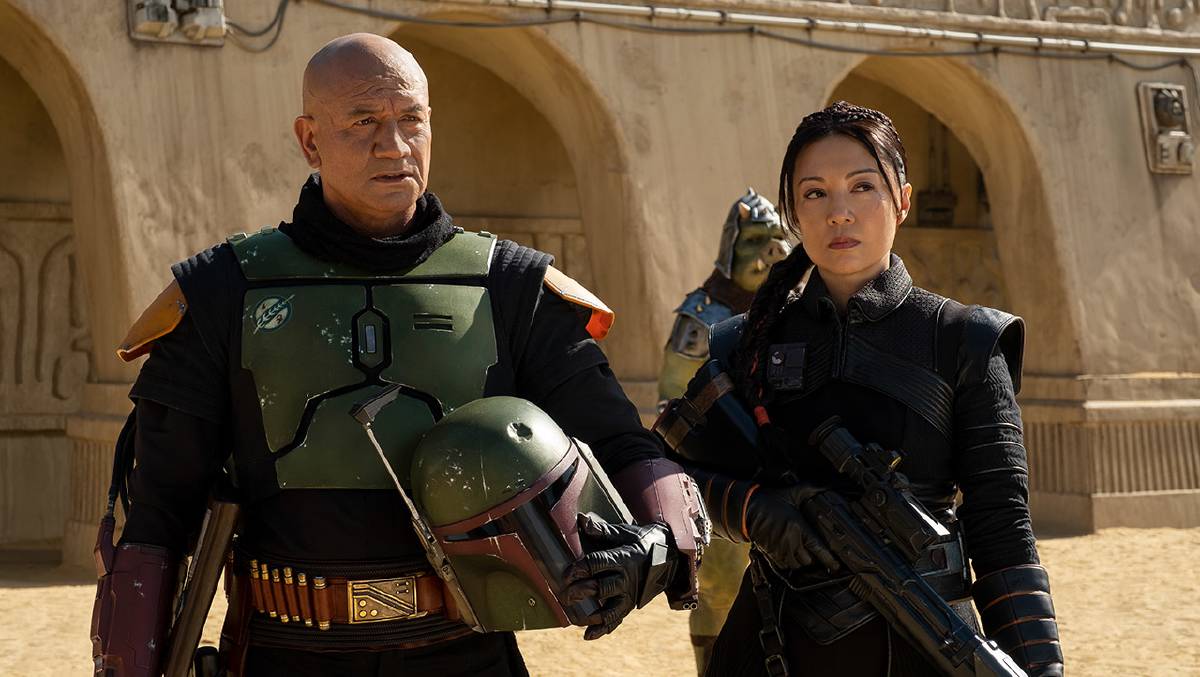 Parents of the 21st century share much in common with the Dutch boy of the 19th century, who stuck his finger in a dyke to save his town. With our children flooded with so much information, from so many sources, we're forever plugging one dangerous stream of consciousness only to be presented with several more emerging leaks.

Pretty soon, we're all out of fingers/answers, so, in the interests of preserving our own sanity, are willing to let a few tricky fugitive trickles through to the keeper. We do this knowing sometimes our kids end up going to sleep worried a planet-killing comet is bearing down on their bedroom or perplexed as to why they're not at least three feet taller.

We'll talk about it tomorrow.

To quell such daily anxieties, our nine-year-old latches on to the familiar, the identifiable. He gravitates to reliable branding which is why he was giddy with excitement this week to watch the latest Star Wars spin-off, The Book of Boba Fett, streaming on Disney+.

He's already a big fan of creator Jon Favreau's The Mandalorian series and absorbed the opening credits of the new show while sweltering under his Baby Yoda Oodie, his Baby Yoda bobble-head nodding sagely on the coffee table and his LEGO Razor Crest spaceship cradled in his lap.

While I tearily tallied up exactly how much our family had contributed to The Walt Disney Company bottom line this Christmas, my son started the bidding with that inevitable first question of the session: "Why is it called The Book of Boba Fett? Why not just Boba Fett?"

Boba Fett is the curt, mysterious, helmeted character who (apart from an animated cameo in the TV Star Wars Holiday Special of 1978) first appeared in George Lucas's 1980 sequel to Star Wars, The Empire Strikes Back (directed by Irvin Kershner). Despite the paucity of screen time for the bounty hunter (four lines, six minutes) in both Empire and its 1984 follow-up, The Return of the Jedi, Boba Fett - thanks in no small part to his groovy armour and gadgets - became an instant fan favourite.

Astutely, Lucas provided generous exposition around the cult character in his maligned "prequel" trilogy of 1999-2005, revealing Boba Fett was in fact an untinctured clone of a bounty hunter called Jango Fett, whose biological template would eventually be used to create the Stormtroopers of the nascent evil empire. As a boy, Boba witnessed the lightsaber decapitation of his "dad" and would grow to be a man who meets his own apparent demise being digested over 1000 years in the stomach of a giant stationary sand predator called a Sarlacc.

From the get-go of The Book of Boba Fett, we're reminded of all these "trials" the eponymous character (just like Gandhi or Popeye) has endured over the years, in many ways reminiscent of the suffering visited upon the protagonist in the Old Testament's The Book of Job. In that story,God gives Satan the green light to test righteous Job's devotion to the Lord by taking away his wealth and family.

In the celluloid world, the Job trope is a common one (everyone from the Capra to the Coens have mined it to good effect) and Favreau is doing the same in his new series which sits alongside The Mandalorian in the way it apes the episodic TV westerns of the 1950s and '60s, delivering carefully metered-out doses of action, narrative arc and character development.

But the true brilliance of Favreau's touch (as he did by turning Iron Man into the Marvel Cinematic Universe) is not delivering us something new, it's how he repackages something old; extrapolating existing storylines into fan-friendly lore, teasing out in-jokes which have sat unexploited with so much untapped potential for decades.

The Book of Boba Fett, starring New Zealand's Temuera Morrison (who played Jango Fett) and itsfirst episode directed by Robert Rodriguez, follows this formula to the letter. We're surrounded with the old, the familiar (although, apparently, Jennifer Beals hasn't aged since Flashdance) yet thrilled by the way the tried and true has been given a shiny new of coat of beskar. We've returned to the comfortingly desolate dunes of Tatooine (the planet on which we first met Luke Skywalker sulking under those twin suns), we've even returned to the rotunda palace of rotund Jabba the Hutt, its former occupant long-since strangled so memorably by Carrie Fisher wearing a gold bikini. We're back at the (gentrified) Mos Eisley Cantina. We're reunited with Tusken Raiders, Jawas, even those pig guys who, it turns out, are extremely loyal and very handy in a street fight.

So clever and cosy and clone-like is The Book of Boba Fett,one could argue Favreau is just delivering us more of the same, and perhaps that's the point?

As The Guardian's Alexis Petridis wrote a couple of weeks ago, in an age when there is just so much musical content out there, the biggest pop acts of the past year (Adele, Abba, Ed Sheeran, Lana Del Ray) flat-out refused to veer creatively from their own trusted formulas and simply supplied their huge fan bases the same, safe, unchallenging diet.

The content wars being played out by the television streaming platforms are indicative of the same problem and, like anxious nine-year-olds looking for something solid to hold on to, some viewers will be sated if they can just settle down each night with a variation on the same theme.

This urge only intensifies when coupled with nostalgia (see this week's return of Cobra Kai to Netflix) and if our household is anything to go by, the lucrative nature of this streaming formula will ensure we're at the mercy of bounty hunters for many years to come.

May the force to cut up your credit card be with you.

This story The Book of Boba Fett adds to a winning formula first appeared on The Canberra Times.