I found myself standing chatting to a few people out the back of the fire evacuation centre on the second night of the Calgardup bushfire.

It was a hot night, which was a part of the problem for the firefighters.

There were two exuberant dogs licking whatever parts of human anatomy they could reach on those sitting around near them. The woman at the centre of the conversation was sitting on the ground chatting with the others gathered around.

She had evacuated her home which was too close for comfort to the fire front, but couldn't stay in the centre because she had a dog with her. The people around her were friends and acquaintances and we'd been joined by Jane Kelsbie who sat on the ground chatting away and making herself available for the licking assault of the assembled dogs.

It was a meeting of friends and strangers that felt inclusive and generous.

The next day I talked with the Department of Communities coordinator and remarked that the previous night had been relatively quiet. Quite a lot of evacuees had registered, but only a few had needed emergency accommodation.

That night I'd heard quite a few evacuees say to the reception team "no worries thanks, we're staying with friends tonight."

Meagan, the coordinator, said their work had been relatively easy compared with fire emergencies in other areas.

"The community here is amazing, there's so little dependency on outside help."

So it seems that the web of connections, friendships and relationships in the AMR community was an effective resource in helping people find the support they needed when they left their homes.

There is an increasing amount of literature that demonstrates that community cohesion - a key part of what is called 'social capital' - is an important factor in reducing loss of life, lessening loss of property and preventing long-term psychological trauma in communities during and after natural disasters.

A recent DFES report highlights this connection. High social capital has also been shown to be associated with lower mortality, less sickness and a greater sense of wellbeing, compared to communities with low social capital.

The term social capital may sound cold and almost commercial but it is visible in action when you see people from all walks of life sitting out the back of an evacuation centre just chatting to help a displaced person manage her inevitable feelings of distress and worry.

But this precious social capital did not appear from nowhere. It is a direct result of participation in clubs and groups, volunteering for community work, helping friends, looking after sick people, talking with people who work in shops, stopping in the street to talk, and many other interactions.

These conversations may seem insignificant, but collectively they create a rich fabric that can be called social capital. 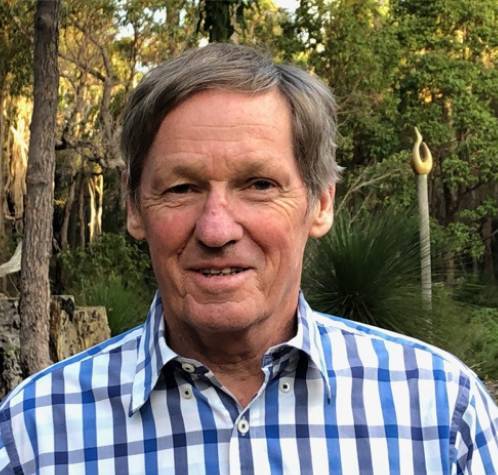 But we can't take it for granted that this essential resource will remain alive and well in our community.

There are plenty of issues that can lead to division, dogma and dispute. Try throwing around phrases like 'dog beaches', 'Gnarabup development' or 'vaccination' and see the heat rise.

How we talk and listen makes the difference between building or maintaining social capital and destroying it.

So next time you feel like shouting at someone who seems like an ill-informed idiot, just remember that any conversation you have in this community makes a difference, either way.

Each interaction has the potential to build or destroy the very thing that makes us strong and resilient as a community and supports our communal sense of wellbeing. That is social capital.

Every conversation you have is a part of something bigger than just you and your conversation partner. We need to think outside our own small worlds and consider what we are building and maintaining together.

In the past, people have mostly adequately managed schisms and rifts, at least after the dust has settled from the skirmishes.

What we face now though, is what I am starting to think of as a pandemic of mistrust. And widespread mistrust is a cancer that eats away at the health of communities.

I'm not talking about having a healthy cynicism about some political motives or the carrying on of major financial and business enterprises.

I'm talking about hearing more and more often "I won't talk about 'that' because the conversation goes nowhere."

Should we let people who have no interest in us or in our community tear us apart? Personally I think that would be tragic.

In the absence of disasters, it may be that social capital in the AMR community is being drained and not being adequately replenished. Interpersonal trust and trust in institutions are building blocks of socially healthy and vibrant communities and both of those are under threat.

We've always had different subgroups in the community that are based on spiritual, political and ideological differences but mostly these factions have managed to cohabitate and cooperate on important matters.

Protests and disputes will always be a part of a community of strong-minded people.

I don't think there is any less goodwill in the community and I'm not suggesting the people are becoming less intelligent or even less informed. To the contrary.

We are becoming better informed but the sources of information on which we place our confidence are becoming much more divided than before.

There is no single topic that is the epicentre of community division. Rather, the essence of the schism is between on one hand what has been labelled as 'mainstream' information such as news and politicians, and on the other hand, those that distrust and discount all 'mainstream' media and get their information from electronic sources that also offer substantial claims for legitimacy.

The result is intelligent, good-hearted, community-minded people, pulled apart by the very structure of information sources. Everyone who subscribes to each source has good reason to have confidence in the accuracy of the information.

But what we are experiencing is a potential pandemic of mistrust and division that could undermine what is precious about our community. This division does not originate with us, it originates from all over the World, driven by agendas that we can never get to the bottom of.