Les Carlyon has died, and Australia has lost one of its greatest wordsmiths. He was 76.

Carlyon was editor of The Age and editor-in-chief of Herald and Weekly Times, wrote six books including two on World War 1 - both highly acclaimed - and was a journalism teacher, mentor and confidante.

That catalogue does Carlyon no justice, because it is a catalogue. It was never Carlyon’s way merely to assemble words; they had to live, and they did.

Too modestly, he once said: “I just push words around on a page.” But look where they ended up. About the bareness of Gallipoli, “bleeding its yellow sludge into the Aegean every time the rains come”. He always said that it was important for a journalist to be there and see for themselves. There is no romance in his war books.

About the legendary horse trainer Bart Cummings, his eyebrows were “a creeper in search of a trellis”. Carlyon wrote about racing better than anyone in Australia ever has. His love for the turf was pure; he didn’t bet.

Carlyon could adroitly tackle any subject, up to and including geopolitics, but always the humanity shone through. He was an admirer of American writers HL Mencken and Red Smith, and strains can be discerned. But his style was inimitably his own, not that he would have called it style. He abhorred writing only for effect. The words had to tell the story, not substitute for it; about this he was adamant. 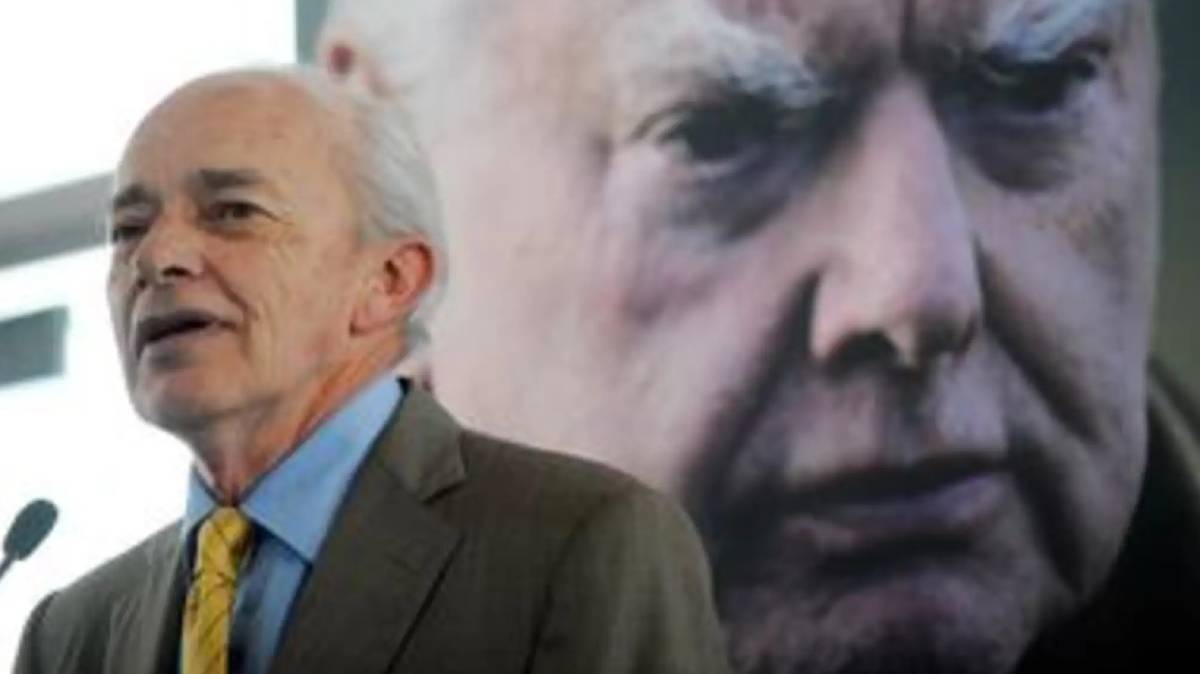 Carlyon was born in 1942 in Elmore, north of Bendigo, into a humble home of which he spoke little. His first literary hero was Henry Lawson. Tolstoy was another inspiration. He began as a cadet on the Sun News-Pictorial in 1960 before becoming the youngest ever business editor of The Age, then editor in 1975, aged 33, succeeding the revolutionary Graham Perkin.

After a period in teaching, he steered the Herald and Weekly Times for three years, then devoted himself to books. He won the Walkley award for journalism leadership in 2004, and the Melbourne Press Club’s lifetime achievement award in the same year.

Carlyon cared deeply for journalism, and sometimes wept for it. Lamenting gossip and increasing sloppiness a few years ago, he said: “They’re a matter of craft, not ethics. Why...do we talk about everything but the words? The words are the only thing the readers judge us by.”

He won the Prime Minister’s history prize in 2007 for his book The Great War, (he also wrote Gallipoli) and in 2014 was made a companion of the Order of Australia, for “eminent service to literature through the promotion of the national identity".

He was a member of the Australian War Memorial council from 2006 until this year.

Carlyon was known to stay up for most of the night, voraciously reading local and international news, writing and speaking on the phone to journalists he mentored, helping them develop stories they were working on.

Sydney 2UE breakfast stalwart Garry Linnell paid tribute to his close friend and mentor for the past 35 years.

Linnell said the two spoke weekly - sometimes up to four times a week - with conversations lasting several hours, and often extending into the early hours of the morning.

Before Linnell started his morning shift on the 2UE breakfast show at 4am, he'd often spend a couple of hours speaking to Carlyon about ideas for the show, news stories and jokes. Carlyon pictured in the mid-1970s.

"Les was a wordsmith in the truest sense. He was a craftsman who sweated over every sentence, who polished every phrase, who understood the true value of words and their meaning.

"He had an uncanny knack for capturing a moment in time when he wrote about those slaughterhouses they called the trenches in World War I in books like Gallipoli and The Great War, the reader came face to face with the sheer brutality and waste of life.

"He was also an outstanding teacher, there are generations of journalists who owe much of their success to the humble and quiet words of advice Les was always willing to pass on."

Herald Sun journalist Andrew Rule dedicated his recent best-selling book Winx: The Authorised Biography to his mentor with whom he shared a passion for horse racing.

Rule, who first met Carlyon when the former was a cadet at The Age in 1980, described his mentor as a towering mind and passionate teacher.

"He taught me a lot, no doubt he taught by example," Rule said.

"He was a total perfectionist .... he probably had a photographic memory, I suspect he could remember entire quotes and things he read in their entirety."

"What a rare human being he was. His utter decency, his humility, his magic with words, his great intellect, and his marvellous irreverent sense of humour, all combined with his passion for our country, our history and racing" she said.

"He adored the Melbourne Cup, and everything it stood for…. The horse, the sport, the level playing field, the Australian icon – to use his words “the ultimate test of grit and heart”.

Melbourne Press Club chief executive Mark Baker said in a statement that "Australian journalism has lost one of its greatest sons".

"Les Carlyon was a courageous and inspiring editor and one of the most dazzling writers of his era," he said.

"He was a friend and mentor who lit the path for countless fine reporters, writers and historians who followed him.

"Les Carlyon was presented with the MPC’s Lifetime Achievement Award in 2004 and was named the Graham Perkin Australian Journalist of the Year in 1993. His citation for the Perkin Award should be his epitaph: 'For consistent excellence’."

Said the late Harry Gordon, a peer and friend: “"He's been called Australia's Damon Runyon, but that tag is far too limiting to do him justice. Certainly his turf stories are usually character-driven gems. But read him on Anzac Cove, or Bradman, or Ted Whitten, or any part of the essence of this country. He writes with gritty elegance."

Carlyon is survived by his wife, Denise, three children and seven grandchildren.